Why Women’s day it is celebrated every March 8?

Many of you will not know that the initiative to celebrate an international day for women began in 1909, thanks to the American Socialist Party, although, even today, are not entirely clear the choices that led Americans to choose this date.

In 1921, in Moscow, during the conference of Communist women, was established precisely the March 8 as the date for the demonstration against tsarism women of St. Peter Burg took place in 1917. In Italy and other countries, it is instead often refer to a fire which claimed the lives of hundreds of women in New York, although, in some countries, dates and locations of this legend are different.
As regards, however, the choice of mimosa flower for the occasion, dates back to 1946, when the organizers of this festival of Rome, seeking an inexpensive flower season so just chose the mimosa.

Anyway, the important is respect women everyday of the year, not onli once! 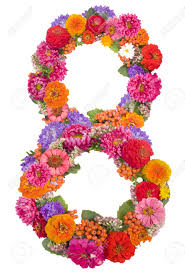