Toothache since by Neanderthals

Recent studies have led to the discovery of a precious care used by Neanderthals against toothache; In fact, it is obvious that at the time there was the practice of brushing your teeth, and like us, if we do not take care, we risk having big problems and severe pain, as they did then? It seems that a team from the University of Adelaide, Australia, has conducted several studies on this, and, thanks to the discovery of remains between the teeth of the mandibles found in Spain and Belgium,  dating back to that period, in fact, they founded  trace to of an important use of medicinal herbs to be part of this ancient population.
The miraculous mix appears to have been composed of mildew (containing penicillin) and poplar leaves, through the analysis of the calculus, we can now better understand the lifestyle and eating habits (vegetarian sources seem to have been found in Spain, while the carnivores those found in Belgium) of these people lived 40,000 years ago. 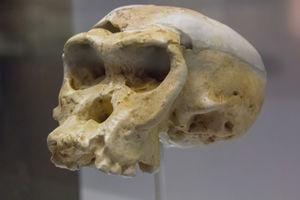